The Shape of Things to Come, An Older Article, But Still Worth Reading

GET UPDATES FROM MADISON SMARTT BELL
A Shape of Things to Come
Posted: 8/11/11
React

Nancy Rommelmann , Sue Miller , Dymaxion , Hillary Johnson , Physical Culture , The Bad Mother , Books News
HillaryJohnson in the 1980s was a writer so far ahead of her time practically no one understood what she was doing. The one novel she published in that period, Physical Culture, describes levels of self-mutilation that put it over the top at a time when "transgressive" fiction was supposedly in vogue. She has reason to think that "the way literature gets produced in our world seems positively medieval. Not to mention anti-creative. Publishers are gate-keepers, deciding who gets to be heard, and the process of putting a book out is glacially slow, linear, and hierarchical."
Johnson spent part of the 1990s "writing nightlife" for the L.A. Times, and put out a then-uncategorizable nonfiction book about her exploration of Los Angeles called Super Vixens' Dymaxion Lounge... "in homage to Buckminster Fuller" (who knew and admired Johnson's inventor father). "Everything he did," Johnson writes of Fuller, "seemed to fail through accidents of fate." "Dymaxion" is a neologism fused from "dynamic," "maximum," and "tension;" Fuller applied it to several of his quixotic projects: the car, the house, the map of the world.
She then applied a version of it to the name of her new publishing venture. Dymaxicon was created to publish a manual called The Elements of Scrum (nothing at all to do with rugby), which, if you are a not a computer geek, you will probably never know about. Johnson thought that while she was at it she might as well also publish a piece of literary fiction that she liked a lot but (at the time) nobody else did.
The Bad Mother, by Nancy Rommelmann, is a sort of devil's riposte to Sue Miller. For those of you who remember those irksome analogies on the SAT, Sue Miller is to Nancy Rommelman as Wordsworth might be to... Iggy Pop. That said, both novelists are, in different ways, unsparing. Miller's justly celebrated novel The Good Mother (1986) is a Tolstoyan study of a life if anything too meticulously examined. Miller's heroine, out of excessively delicate conscience, pulls on a thread that causes her whole domestic life to unravel. Her one false move is so grotesquely magnified that in the end a safe situation for her child can only be reconstructed by her sacrificing hope of any happiness beyond motherhood.
Rommelmann's characters are Hollywood street kids who not only have no sign of conscience but barely anything resembling consciousness. Her protagonist (a child herself) hardly seems to know how she became a mother. Of course she has no idea what to do next, how would she? It's not stupidity so much as abysmal ignorance that is doom for Rommelmann's cast--whose characters were not born into America's permanent underclass, but somehow blundered out of a middle-class world not so dissimilar to that of Miller's novel and can't find their way back. Lest you think the author is making it up, The Bad Mother is quite firmly based on reporting Rommelmann did previously on similar groups of stray kids in L.A.
In other words, this novel is news--bad news, but true; repellent, but somehow unforgettable. If you want to know where your children are, it shows you some possible locations. If its publication looked at first like a quixotic gesture, the book has caught on surprisingly well--through blogging, social networks, You-Tube and even a few remaining tatters of print media. Dymaxicon now has a handful of other literary novels forthcoming, among new technical offerings.
Proof's in the pudding: Dymaxicon has made a cult success of The Bad Mother, a worthwhile, maybe important book that would not otherwise have seen the light. And there are more to come.
At a moment when conventional publishing is faltering on the brink of extinction, the Dymaxicon venture puts Johnson, for once, in tune with her time. "Dymaxicon doesn't accept 'submissions,'" says she. "I'm not a particularly submissive person, and I have always resented that writers were always cast in a submissive role... no one should ever be in the position of accepting or rejecting." Instead, the company offers the writer a partnership--a place on an agile team that can use print-on-demand and digital resources to create books in the same nimble process by which new software is normally produced.
Oh, and--nobody makes any money unless somebody buys the product. That is a very novel idea for publishing (I myself find it rather painful), but it might be a way for publishing survive.
Posted by Unknown 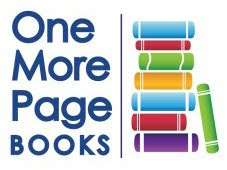